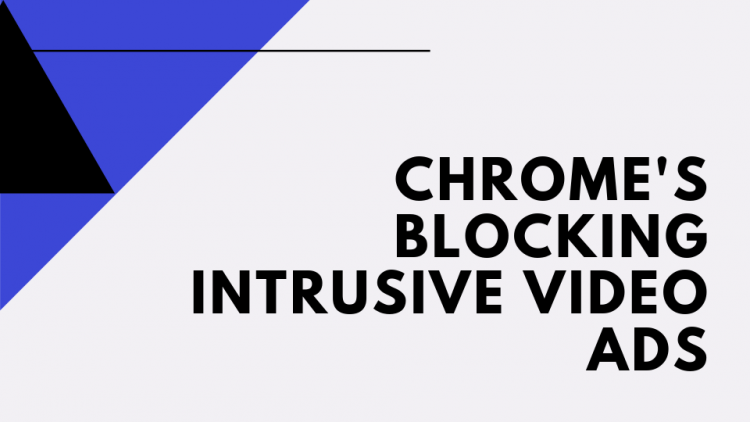 Google has announced new standards for video ads. As described by the Coalition for Better Ads (CBA), three video formats are now considered intrusive and not allowed when shown with short videos:

Google, one of the CBA founding members, from August 5, 2020 will block in Chrome all video ads that contain any of those ads.

“Chrome will expand its user protections and stop showing all ads on sites in any country that repeatedly show these disruptive ads”.

By the way, the new standard will apply to YouTube which generated nearly $15 billion in ad revenue.

Chrome is the leader in the mobile internet browser market, with a share of nearly 70 percent. This video ad experience is starting in less than a month after announced phasing out third-party cookies which is a serious punch to digital marketers.

If the verdict to cut off third-party cookies was all about privacy concerns, Chrome’s blocking annoying video ads promises to make the user’s experience easier and comfort, said Matt Barash, head of the strategy and business development at AdColony. “Certain adtech companies that go out and tout browser-based, high-impact, non-standard formats will be penalized by this announcement,” he said.

AdColony is a member of the CBA – the alliance of the world’s biggest advertisers and media owners. Other members include Procter & Gamble, Unilever, Google, and Facebook.

“GroupM has incorporated the Better Ads Standards into our inventory quality evaluation process, enabling our clients around the world to advertise more effectively in brand-safe environments”.

“Because they reflect consumer preferences, the Better Ads Standards are an essential tool for brands and publishers who aim to build trust and deepen relationships with their audiences.”

The decision will affect smaller publishers and anyone who won’t update their video ads.

“This speaks to a larger movement that is happening to clean up digital advertising.”

“Google is taking charge here, which is good for consumers and brands, but disruptive for some of the bottom-feeding, audience-based and rich media companies that have largely been creating an interruptive and cheap digital space.”

Andrew Serby, senior vice-president of marketing at Zefr, a company that helps brands advertise on YouTube.